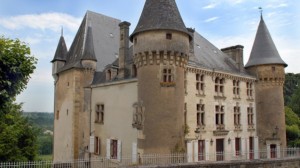 The third section of the Vézelay Way, one of the classic Camino de Santiago routes across France, starts in the medieval city of Limoges and ends by the superb Cathedral of Saint-Front in Périgueux.

Before you set off, take some time to explore Limoges old town, admiring its medieval architecture and tasting the local delicacies. This is an easy Camino section without any particular difficulties and taking in beautiful countryside, as well as fascinating heritage towns. The Camino takes you across the Périgord Limousin Regional Natural Park taking in stunning scenery. Magnificent villages and towns, as well as delicious cuisine await along the way including the pretty town of Thiviers, in the Dordogne region, capital of ‘foie gras’; and the town of Sorges, famous for its precious truffles and truffle museum.

The final point of this section of the Vézelay Way is the splendid UNESCO-listed Cathedral of Saint-Front in the pretty town of Périgueux, where you should explore the Medieval and Roman quarters. 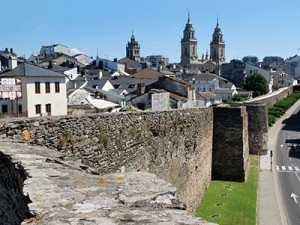 Also included in the UNESCO listing is the Camino Primitivo or Original Way, which is in fact the oldest Camino route, hence its name. Perfect for those looking for a challenge, the Camino Primitivo starts in the city of Oviedo and crosses spectacular and off the beaten track mountain regions in Asturias and Galicia on the way to Lugo, famous for its Roman wall surrounding this historic town.

You can walk the full way from Oviedo in 2 weeks or trek the last section from Lugo to Santiago in just a week, price starts at €656 per person sharing. More details here: Camino Primitivo.

The Vezelay Way, Chemin de Vézelay in French or Via Lemovicensis in Latin #vialemovicensis, is one of the classic Camino de Santiago routes across France. This Camino takes walkers from the vineyards of Burgundy in central France to the feet of the Pyrenees in the French-Spanish border.

The pretty little town of Vézelay in Burgundy is the starting point of this Camino de Santiago route. Vézelay has been a popular destination for pilgrims visiting the shrine of Mary Magdalene, whose relics are reputedly kept in its magnificent basilica. The route then continues across the hills of the Limousin region, the gorgeous medieval city of Limoges, the valleys of the Périgord and the plains of Aquitaine and the Landes. This Camino route is rich in history and home five magnificent UNESCO listed heritage sites.

You will enter Saint Jean Pied de Port by the Saint James Gate and here you can join other pilgrims on the French Way to Santiago de Compostela. Read more Vezelay Way Camino articles on our blog.

This is the complete itinerary for the Vezelay Way (Fr: Chemin de Vézelay, La: Via Lemovicensis), with traditional stages. Please note that ‘splits’ have not been included in the table. 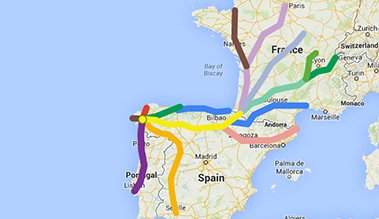 2016 will be an important year for pilgrims to Rome and also Santiago de Compostela, as the year has been declared a ‘Holy Year of Mercy’ by Pope Francis; and special events will be taking place in both cities. Santiago Cathedral officials have also confirmed the Holy Door of the cathedral (Porta Santa) will be open for the Year of Mercy.

So what the Holy Year means for pilgrims planning a Via Francigena or Camino de Santiago trip for 2016:

What is a Holy Year?

Holy years, or Jubilee years, only take place every 25 years, unless the Pope requests an extraordinary Holy Year to highlight a specific topic. In this case, Pope Francis has declared 2016 a Holy Year of Mercy.

In Santiago de Compostela, a year is considered holy or Jacobean if 25th July, Saint James Day, falls on a Sunday. The next Jacobean Holy Year will take place in 2021. On such years a special door to the cathedral: the Holy Door (Porta Santa) is opened to pilgrims arriving in Santiago.

What happens during a Holy Year?

During the Holy Year the Vatican will be hosting special celebrations and millions of pilgrims will be arriving in Rome. The number of pilgrims on the Camino de Santiago are also expected to increase.

The entrance to St Peter’s Basilica known as the ‘Holy Door’, as well as ‘Holy Doors’ to other cathedrals in Rome, will be opened for pilgrims for the year. Santiago de Compostela Cathedral has also confirmed the Porta Santa will be open for pilgrims from 13th December; not due to reopen again until 2021.

Other Camino cathedrals such as Lugo, on the Camino Primitivo; Tui, on the Portuguese Way, Ourense on the Via de la Plata and Mondoñedo on the Camino del Norte will also have a Holy Door open for the year.

If you are planning on travelling to Rome or Santiago de Compostela for special dates such as Easter and other important religious events during the Holy Year of Mercy, you should plan your trip well in advance to secure accommodation.

For more information on the Camino routes to Santiago de Compostela and to Rome or to book your walking or cycling holiday for Holy Year 2016 contact our Travel Specialists.

Taste products of the territory; possible on the Périgord Vert Community of Communes . Fruits, meats, vegetables and original products will brighten your taste buds.

Do not hesitate , join the entrepreneurs who take risks every day on the community of communes of the Country and Thibérien :
* Build your business in a serene and preserved

* Find a commercial space , an office, craft or industrial building that meets your requirements

* Inserted in one of the local economic sectors : food processing, leather , luxury, wood and paper , mining 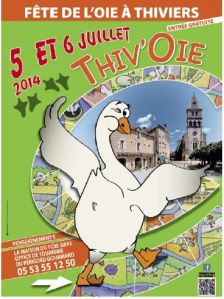 Take a look at our new bathroom fixtures being installed in our rooms:- 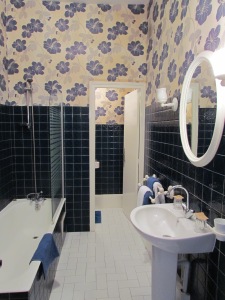 A few months ago Mr Adrian Tregerthen Short from St Ives Cornwall booked a room with us for the night of 19th April.

Adrian’s four times removed great grandfather, John became a sailor in St Ives and at the age of 19 was taken prisoner by Napoleon’s navy. He was marched from Dieppe to Givec in northern France, where he was held prisoner for 10 years. With the Russians approaching in 1914, the prisoners were released and marched south to Bordeaux during 16 weeks. He arrived in Bordeaux on 27th April 1814.

John kept a diary of his travels.

A local ship-owner, Mr Edward Hain, came across his diaries in the early 1900’s and knowing the Tregerthen family he contacted them and handed the diaries over to the family. The diary concerning his imprisonment and march through France was published in1914 and can be read on line. See link above.

Thiviers is mentioned in the diary and John passed through the town, on his way to